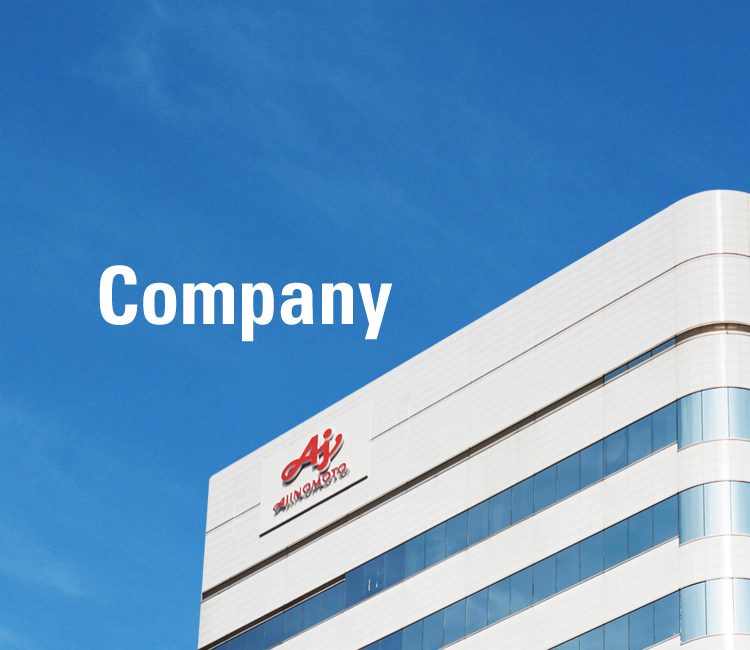 A Nobel Prize for a Noble Discovery

The 2012 Nobel Prize for physiology or medicine was awarded to John B. Gurdon and Shinya Yamanaka "for the discovery that mature cells can be reprogrammed to become pluripotent."

Like most Nobel prizes awarded for science, this sounds very academic. But it's actually not too hard to understand.

Like all animals, humans begin life as a single cell—a fertilized egg cell, called a zygote. This cell divides into two cells, and these two divide into four, and so on and so on until there are more than a trillion cells. Each type of cell has a different function—blood cells are different
from skin cells, and neurons are different from heart cells. So that very first cell, the one that started it all, had the potential to become any type of cell in the human body. In other words, it's pluripotent. 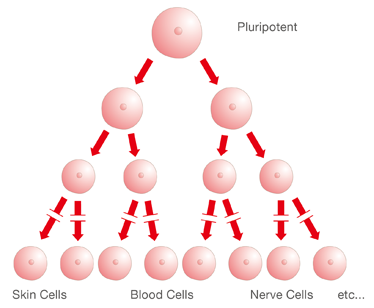 The potential value of being able to create different types of cells has been tantalizing researchers for years. As early as 1868, German biologist Ernst Haeckel used the term stem cell to describe the fertilized egg with the potential to differentiate into any kind of cell in the body1. And since then, scientists have dreamed of a future in which these cells can be used to advance human health. Theoretically, using pluripotent cells, a person with a failing organ should be able to simply grow a new one, and since the cells used to grow the organ are genetically identical, the body wouldn't reject it.
This area of science is so advanced, it almost sounds like science fiction.

But there was always one enormous challenge with doing stem cell research: Finding the stem cells. At a certain early stage of development, an embryo is almost entirely made up of stem cells, but the use of embryonic cells in research has long been the topic of a very heated ethical debate. Stem cells can also be found in the umbilical cord after a baby is born, but not everybody has access to medical facilities that can collect and store these cells properly. Stem cells are
also present in the human body—but in very, very small quantities—and when they are removed from the body, they don't divide very well.

Factors such as these limited the ability of the scientific community to research the full potential of pluripotent cells. But this situation changed dramatically just over ten years ago. Because in 2006, Shinya Yamanaka was able to turn adult mouse cells into pluripotent cells— which he called induced pluripotent stem cells, or iPS cells for short—and then he did the same thing with human cells a year later.

This incredible breakthrough meant that, in theory, it would no longer be necessary to collect stem cells from embryos or try to find them in the human body. We could just make iPS cells instead.

How Ajinomoto Co. Fits In

People usually think of Ajinomoto Co. as a food company. And of course, they're right. But most people don't realize how much scientific research Ajinomoto Co. performs—especially in the area of amino acids.

For iPS cells to turn into other types of cells, they need to multiply. And to multiply, they need to be in the right environment, just like a seed needs soil to grow. The right environment for cultivating cells is called a culture medium, which is a cocktail of amino acids, vitamins, glucose, lipids, growth factors and small amounts of minerals essential to help cells thrive6.

In 2010, two years before being awarded the Nobel Prize for his work, Shinya Yamanaka started an organization called CiRA, the Center for iPS Cell Research and Application, with a mission of using iPS cells for new medical therapies2. And, as a world leader in amino acid research and production, Ajinomoto Co. was a natural choice for a collaborative project to develop an ideal culture medium for CiRA's iPS cell research. 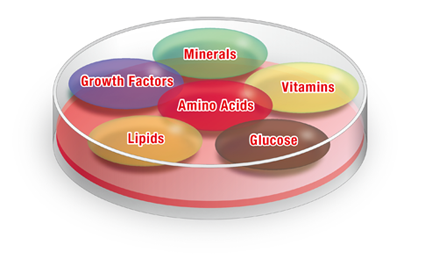 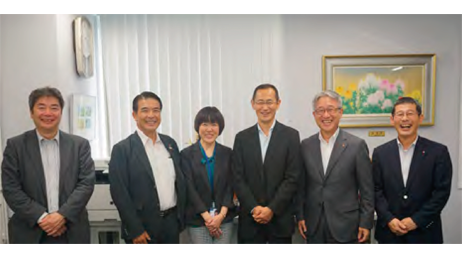 Conventionally, iPS cells were cultivated in a culture medium that included mouse cells and other animaland human-derived components6.

StemFit® is highly safe because the risk of accidental biological contamination is minimized6. To confirm this point, Ajinomoto Co. consulted with the Pharmaceutical and Medical Devices Agency (PMDA) of the Government of Japan, which determined that StemFit® does not contain any animal- or human-derived components after an intensive review process6.

In addition, StemFit® is a high-performance, high-quality culture medium. Cells proliferate in the StemFit® culture medium at a high growth rate. This makes research not only more efficient, but also more cost effective6.

So, what's next for iPS cell research? The possibilities are almost endless. As early as the year 2000, the U.S. National Institutes of Health's Guidelines stated that "… research involving human pluripotent cells…promises new treatments and possible cures for many debilitating diseases and injuries, including Parkinson's disease, diabetes, heart disease, multiple sclerosis, burns and spinal cord injuries."3

Just as exciting as regenerative medicine is the area of drug discovery. iPS cells can help researchers discover new treatments faster than ever before, with some of the most cutting-edge work being conducted at CiRA. Professor Junya Toguchida has elucidated the mechanism of FOP (fibrodysplasia ossificans progressiva), a debilitating condition in which bone grows in muscle tissue and elsewhere that it's not supposed to, and found a candidate drug for treating it. FOP is very rare—it is estimated that there are only about 80 patients with this condition in Japan—but because of the use of iPS cells in drug development, they now have a reason to hope4.

Another exciting initiative at CiRA is called the iPS Cells Stock for Regenerative Medicine project. This project aims to generate and store an inventory of iPS cells that have a high likelihood to be accepted by the bodies of patients in need. Since one of the biggest barriers to regenerative medicine using iPS cells has been the cost and time required to produce iPS cells from somatic cells, making this stock available to the world's research institutions and hospitals is expected to have a major positive impact5. And of course, the use of Ajinomoto Co.'s StemFit® cell culture medium is part of the standard protocol at CiRA.

Ajinomoto Co. will probably never win a Nobel Prize. But we are proud and honored to be able to help bring the benefits of a Nobel Prize-winning breakthrough to the researchers of the world. It is our sincere hope that we can continue to contribute to bringing a new era of health and medicine to the world. 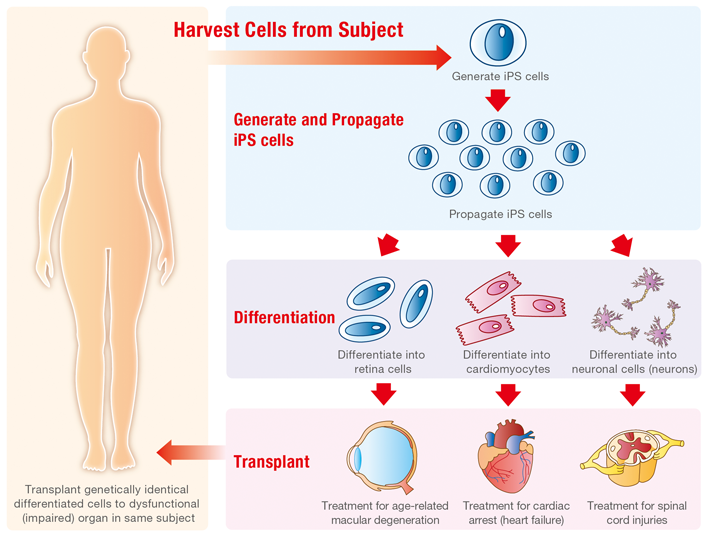